Few of us have ever dealt with a situation that feels as uncertain, unpredictable, and uncontrollable as the novel coronavirus pandemic. At this early stage, we don’t possess good information about how people are doing psychologically, but many behavioral scientists wonder how individuals are thinking, feeling, or acting differently.

Some insight may be found in a seminal research article from 2008, in which Aaron Kay and his colleagues write:

Imagine a glass that only when full represents a given individual’s preferred level of perceived order within his or her environment. As one way to fill this glass, this individual might rely on his or her perceptions of personal control over his or her outcomes: To guard against perceptions of randomness in the world, that is, he or she can affirm the belief that whatever happens, good or bad, will be due to his or her own actions and therefore not random. Often, however, such perceptions will only partially fill the glass because levels of perceived personal control, for a variety of reasons, tend to fluctuate. Much of the time, therefore, to fill the glass completely, he or she will need to complement these beliefs in personal control with one or more external systems of control. 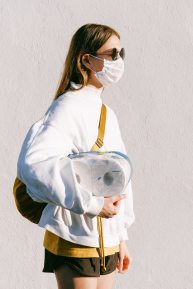 In other words, we all desire a certain amount of order and control. When that is lacking in our environment – such as in a time of pandemic – we look for ways to find it. We do what we can to personally increase feelings of order and control to compensate for what’s happening around us, sometimes in some interesting ways (hoarding toilet paper). The reality, though, is we humans only have so much control over what happens in life, and when that becomes evident to us – as is the case now – we depend more on secondary sources.

Kay and colleagues interestingly studied two such sources of secondary control in their research: (1) the government and (2) God.

It’s difficult to know how this translates to our current situation in the United States, but there are at least a few interesting parallels. First, the research suggests the experience of low control during the pandemic encourages people to defend the administration and resist change, particularly among those who believe the administration acts with benevolence. Nationally, this may be happening, at least to some extent, as President Trump’s approval rating has increased during the past two weeks to the highest of his presidency. Following this – if the pandemic is still active at the time of the upcoming fall election – it seems reasonable to predict that it will be more difficult for a Democrat to defeat the President, even if there are factual reasons to believe the administration may not be responding to the challenges of the moment very effectively. Finally, in locations where people are more skeptical of the President, individuals may rely more on Governors and Mayors, who may experience a similar boost in support.

This study points to how low control experienced during the coronavirus pandemic may elicit a religious or spiritual impulse in many people. In particular, a specific type of religious or spiritual response may be most likely during this time – one in which individuals trust in some kind of Divine order or control in the short-term or hope for such order or control in the long-term. Interestingly, this occurs at a time when most congregations are not meeting physically in order to minimize spread of the virus. More than likely, individuals are relying to a greater extent on private religious and spiritual activities during this time, a possibility may have both benefits and drawbacks. For instance, younger people not raised within a religious or spiritual community may now be seriously seeking religious or spiritual comfort for the first time. However, they may not be able to access the physical support to understand how to most effectively do so.

Some psychologists have went so far as to call the urge for control to be a human “need,” something that, if unfulfilled, contributes to emotional and even physical illness. Indeed, multiple lines of research support this claim, and part of the stress of this moment is the lack of order and control we experience. As we all struggle with the demands of the coronavirus pandemic, it will be essential to find some sources of order and control to help us stay grounded and cope effectively.

1 thought on “Seeking Control in a Pandemic”

Follow The Quest for a Good Life on WordPress.com